Who gives a crap?

Who gives a crap? 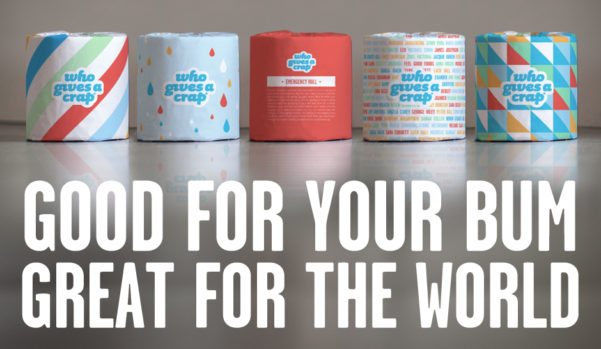 Are you finding it challenging to set yourself apart from your competitors and own your market space?

Let’s look at the amazing team of ‘who gives a crap’, who have been able to set their small, but growing company apart in the toilet paper market, which must be one of the most commoditised markets.

So why wouldn’t you support a company who clearly is there to make a difference? 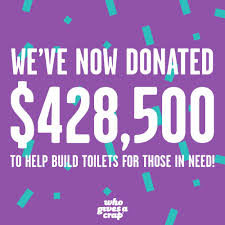 That’s the sole reason this company has come into the world. The founders of ‘who gives a crap’ learnt that 2.5 billion people across the world don’t have access to a toilet. That’s roughly 40% of the global population and means that diarrhea related diseases fill over half of sub-Saharan African hospital beds and kill 1,400 children under 5 every day.

After a crowdfunding campaign, that raised enough money to get the business going, the first products were delivered in 2013 and they have grown from there.

Did you know that more people in the world have mobile phones than toilets? Think about that next time you are texting on the loo.

How have they grown?
By getting people to share, using word of mouth, which is amplified by social media. I personally was alerted to ‘who gives a crap’ by Liesel, our beautiful leadership team assistant. I initially loved the fact that it was delivered to my door and that it is environmentally friendly. I’ve been a big fan ever since.

Every cent of the remaining 50% profit is directly invested into building the company. They believe that the more the business grows, the more they can donate. 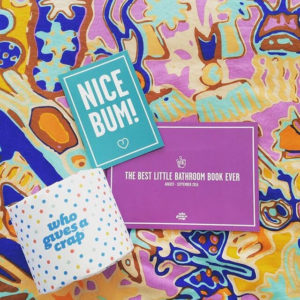 Although I have no personal relationship with anyone at ‘who gives a crap’ their communication is very fun and different. The toilet rolls have a nice coloured wrap around it with toilet humor. In each box, there are a few red coloured rolls called the emergency roll – reminding you it’s time to place an order if you aren’t using the subscription facility.

Fun in every box
Most recently, in my last order, I received a random envelop. The text was witty and announced who gives a crap’s annual donation of $428,500 to WaterAid. The cleverly written letter then asked me to give away a few rolls of toilet paper as a way of referring more people with the goal of helping more people access toilets.

Their product line has grown to include tissues, paper towels and premium toilet paper (made from 100% bamboo) for those bums who appreciate the finer things in life. So confident is the company that if you are not completely satisfied, they offer a 100% money-back guarantee.

Though they are still growing, and have more products than just the humble toilet paper, who gives a crap wants to stay true to their roots: toilet humour and making the world a better place with sexy toilet paper.

Go to who gives a crap to learn more about this fun company.